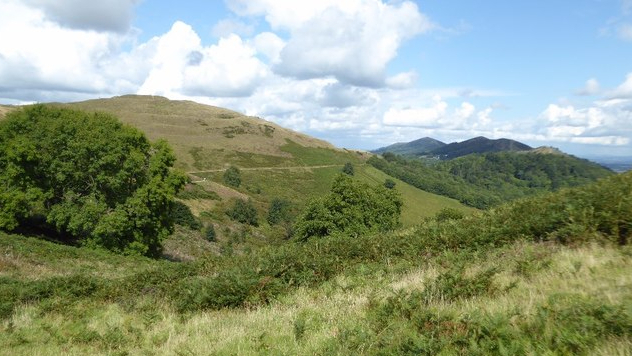 Generally speaking, rivers are flat. They’re not of course, they flow downwards so must have some slight gradient to them, but for my purposes, the one I run round is flat. The only hilly parts are the bridges, and even they’re not that long, steep, or particularly frequent.

So while I count myself extremely lucky to live so close to a great and (mostly) peaceful river, nestled in parkland and lined with venerable trees, I don’t get that much hill training in my weekly running activities.

This isn’t a problem, is it? Hills are horrible at the best of times and should be avoided where possible, right?! Well, yes and no. I have a 10k race later in the year I’m training for and that is a particularly hilly thing. In fact there is very little in the way of flat at all on the course.

So I need to bring hill-work into my training. But where to find a hill? There is one nearby. It’s a short steep path leading up a large mound not far from the river. It’s probably not even 10 meters tall, but perfect for some fast paced repeats up and down it, an activity guaranteed to raise the heart rate to the top of the scale.

I set out this week for the hill, around a 15 minute jog away – unlike the strides the other day, this time I went first thing in the morning to avoid other people. It’s not that I mind other people, it’s seeing people when I’m absolutely exhausted, bright red-faced and gasping for oxygen, repeating the activity that’s putting me in that state over and over again.

I once tried this hill repeat training on afternoon of the first day of the school summer holidays and the top of the mound was packed full of newly liberated school children who cheered me on every time I reached the top. I went three rounds of that and gave up as more and more people were joining in.

This morning there was a chap mowing the grass at the top, looking very disappointed at the amount of litter lying around. He cleared away a couple of glass bottles and then I assume he shredded the rest of it with his mower.

I managed 10 fast reps before jogging back home. It was tough but I felt good, and ultimately I could have done a couple more. I decided not to overdo it and will return in a couple of weeks to build on todays effort. In the meantime I’ll be back running in the comfort of the flat (very slightly sloping) river and the occasional hump backed bridge reminding me the importance of running hills as part of the training.

7 thoughts on “An uphill struggle”